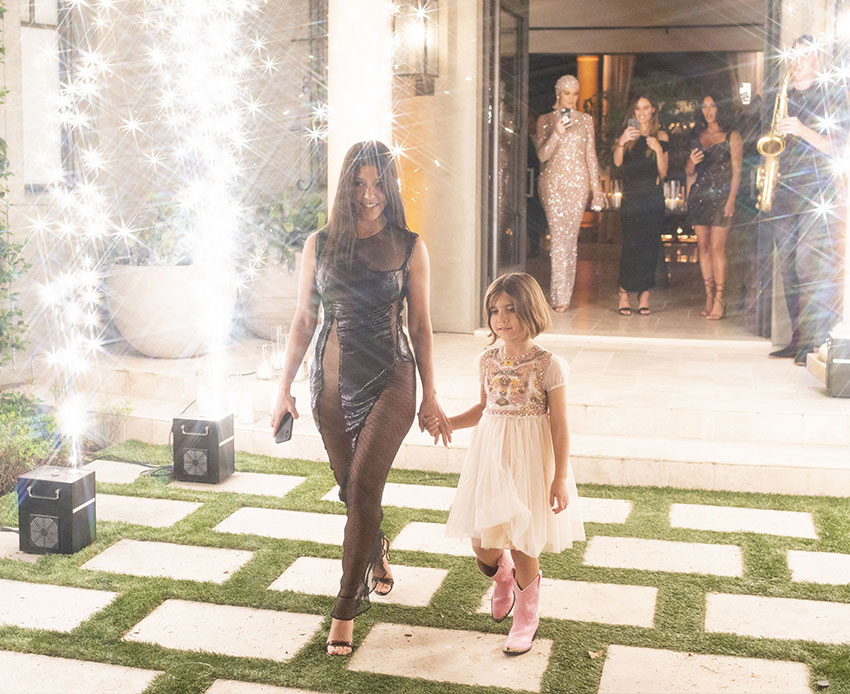 Kourt’s family and closest friends came together on April 18 to celebrate another trip around the sun. The event had a Gatsby-esque feel—elegant, elevated, and grown up (planned by Mindy Weiss, of course with lots of help from Khloé). Kourt requested a Grown and Sexy party, and that’s what she got. Guests arrived through two rows of massive sparklers and were serenaded by smooth jazz from a saxophone player. Kourt wore a vintage Versace gown and walked hand-in-hand with Penelope while Stevie Wonder’s “Isn’t She Lovely” played.

The rules were made clear—there were absolutely no speeches allowed, Kris was not allowed to cry, and there shouldn’t be any cheesy “40” balloons in sight. You can read more about Kourt’s philosophy on balloons here. The event was kept very intimate with a guest list of Kourt’s favorite people who have shaped and inspired her over the last 40 years.

Customizable Don Julio 1942 bottles reminded everyone that Kourt is, in fact, the most interesting to look at. Cocktail napkins featured some of Kourt’s signature one-liners, like “Slob-Kabob” and “Kim, there are people that are dying.” Party favors from A Golden State were on hand to help guests relax and unwind as they danced the night away under the stars.

When your friends are Robin Thicke and Sia, they sing “Happy Birthday” while a show-stopping cake is wheeled out. It featured a frosting-filled version of Kourt in all of her glory, inspired by a Mike Rosenthal photograph taken for Poosh. At the end of the night, Kanye surprised Kourt with merch he designed and had made that read “I was invited to Kourtney’s birthday party” as a parting gift.

“I had one of the best nights of my life,” Kourtney said. “I couldn’t have pictured a more perfect night. Having my children start the night with me there and every person I love being there made it an unforgettable moment for me. Two of my best girl friends even slept over with me, and we were up until 4 a.m., dancing and laughing.”

Check out some of Kourt’s favorite photos from the night below. 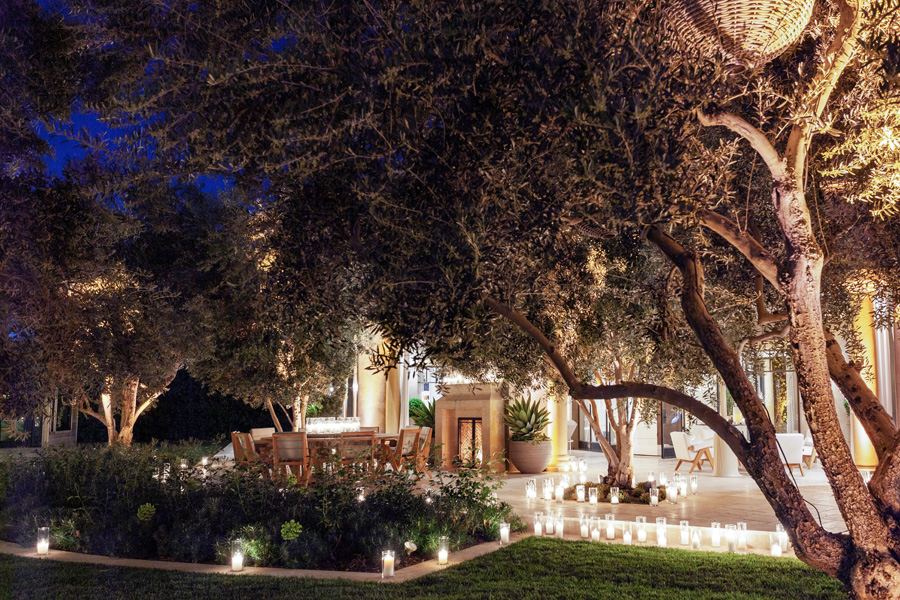 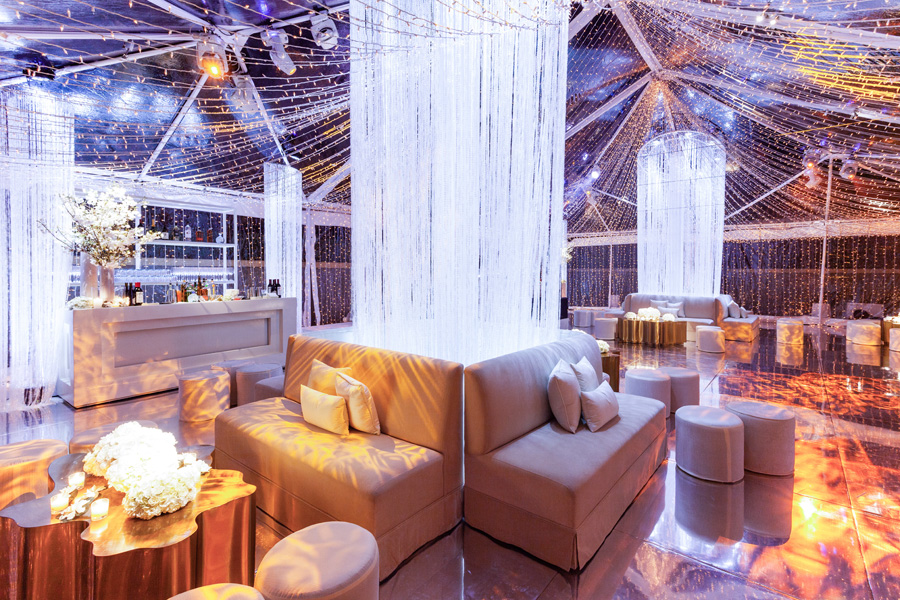 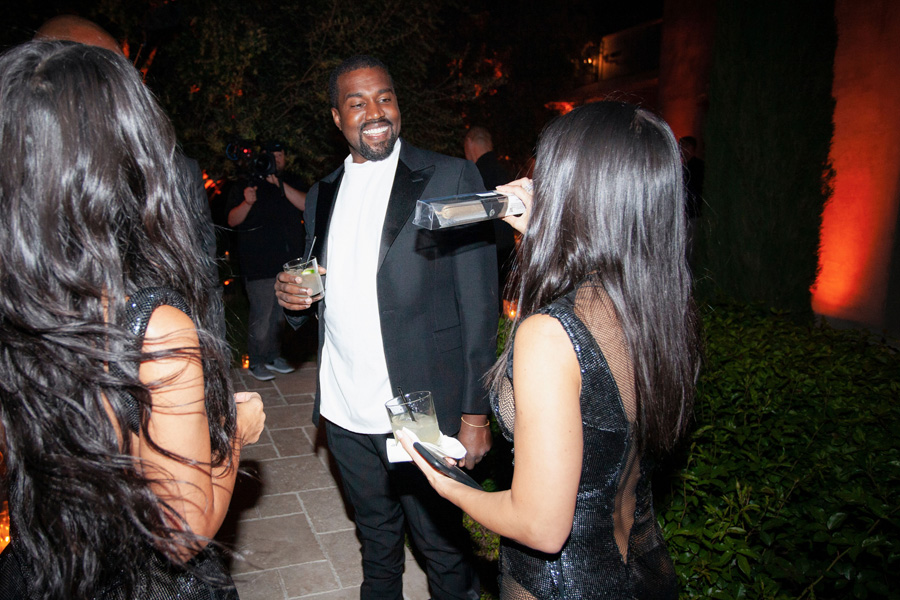 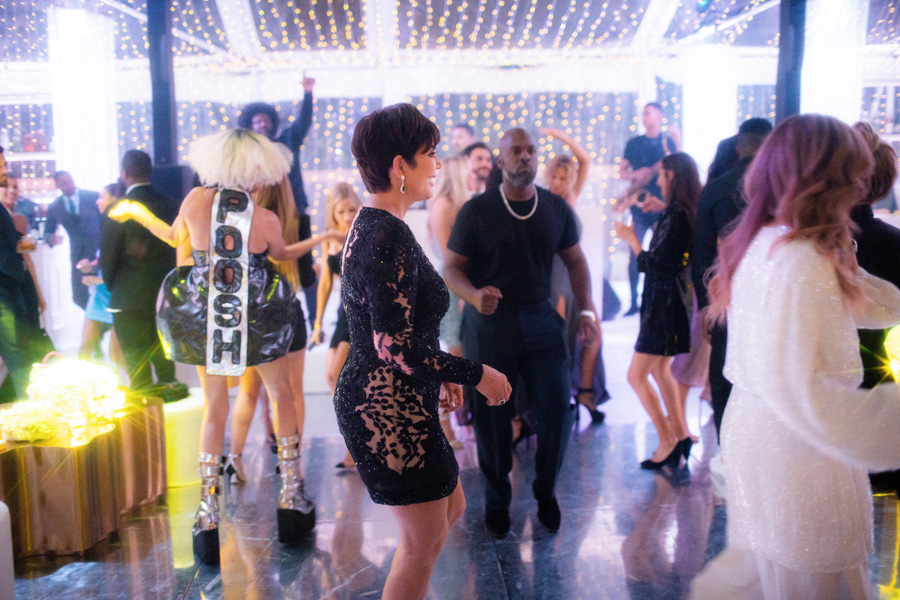 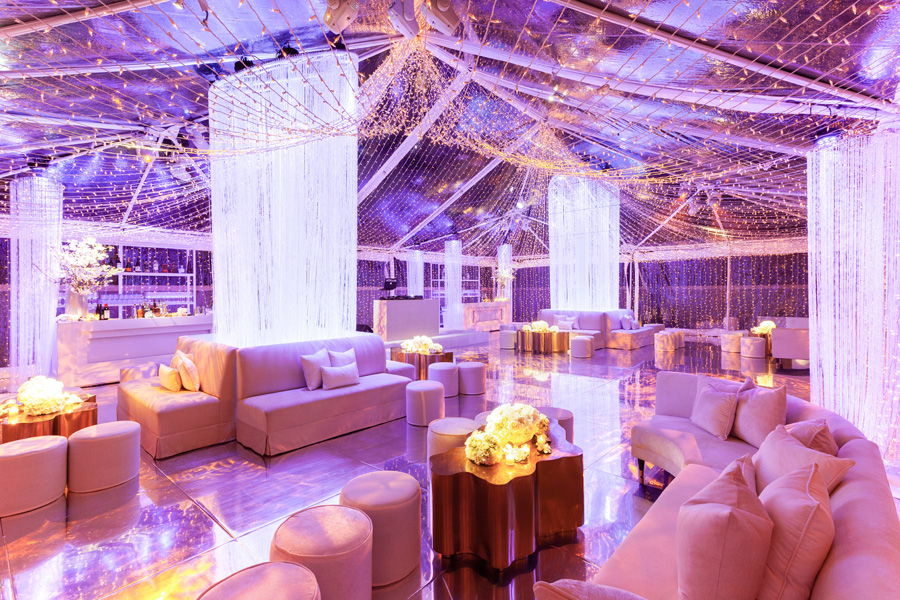 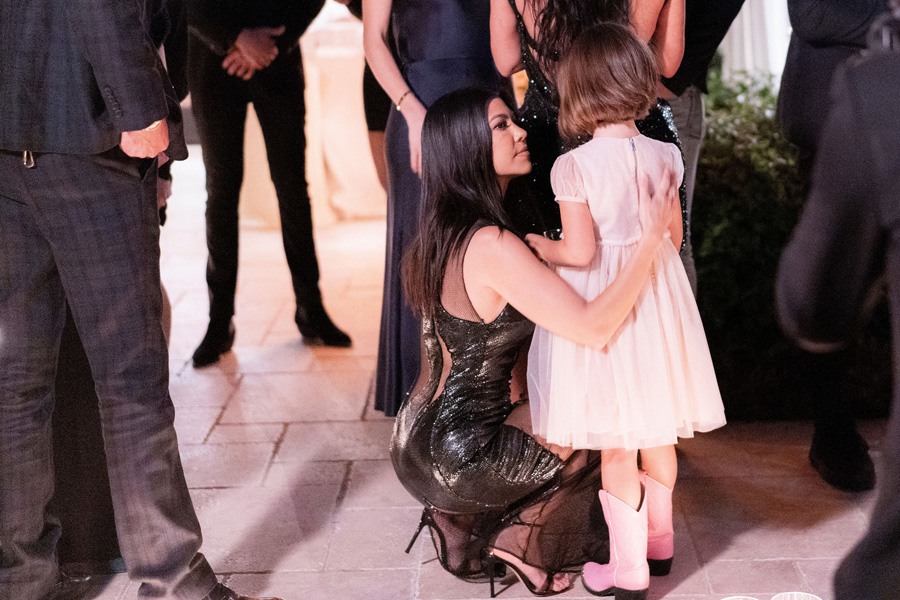 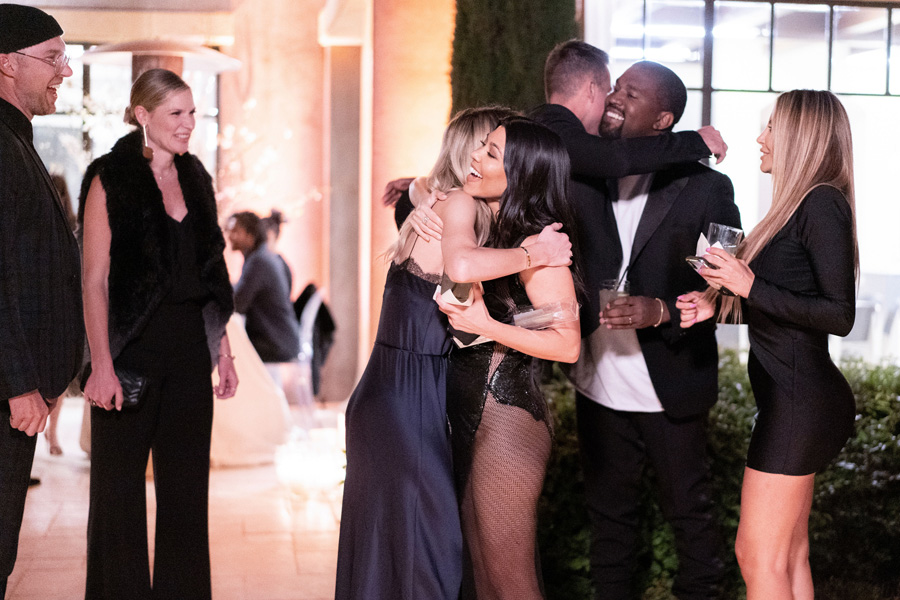 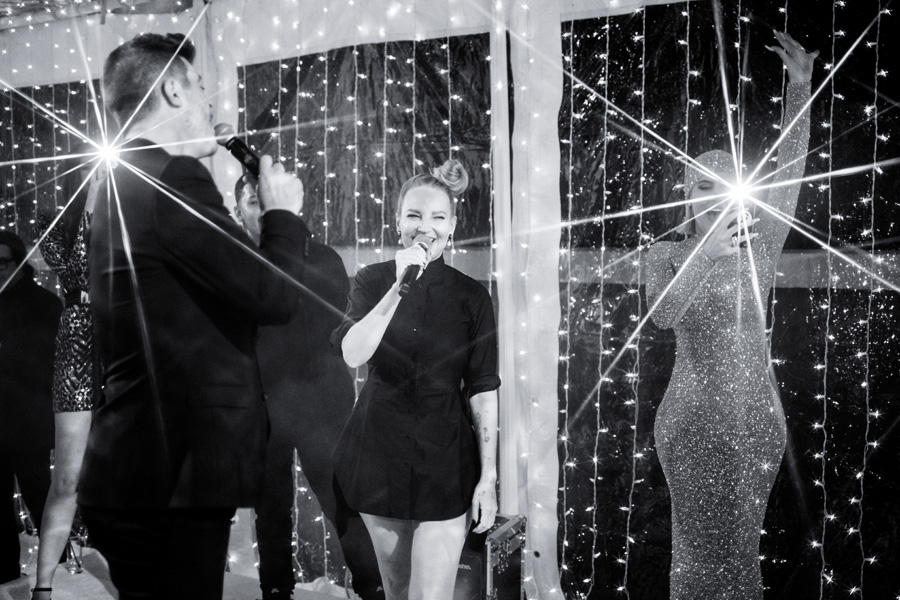 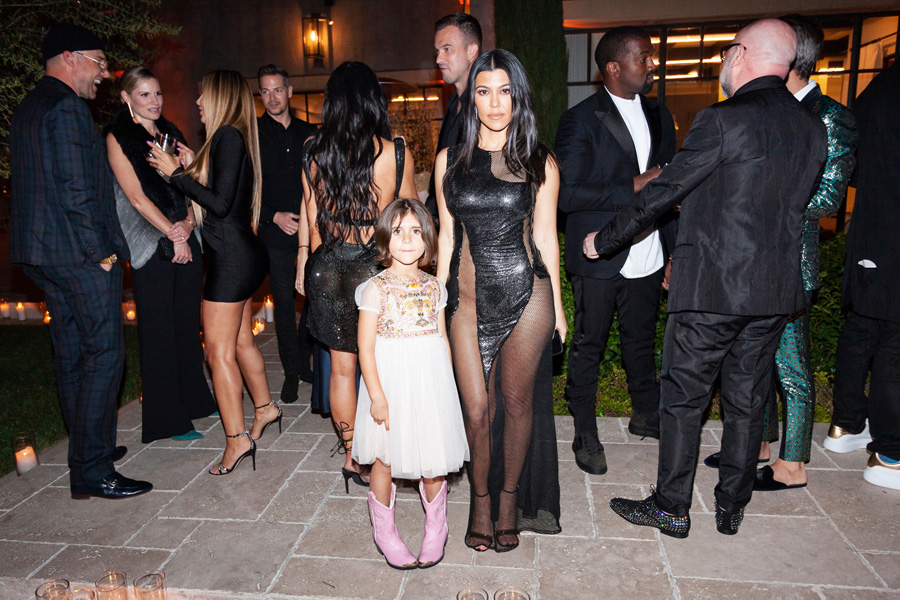 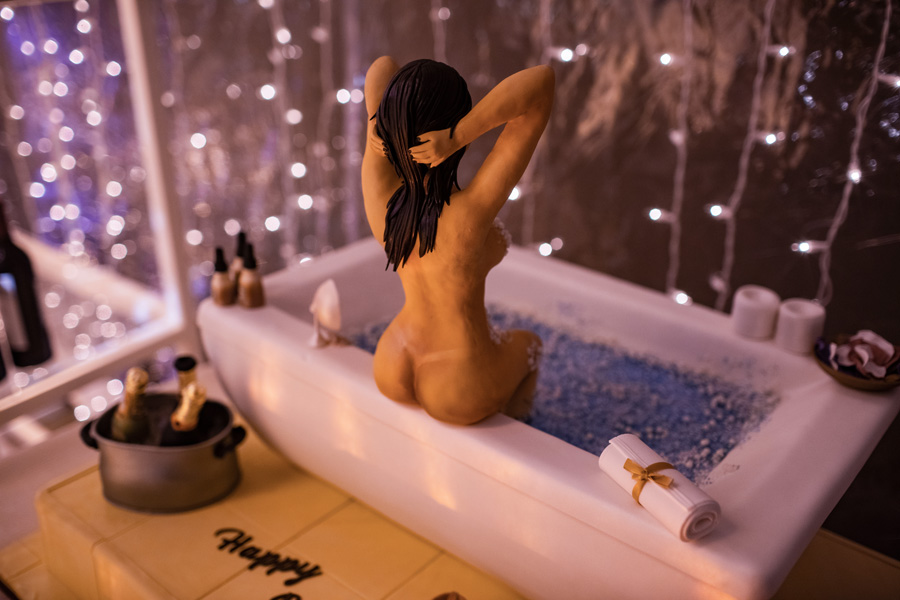 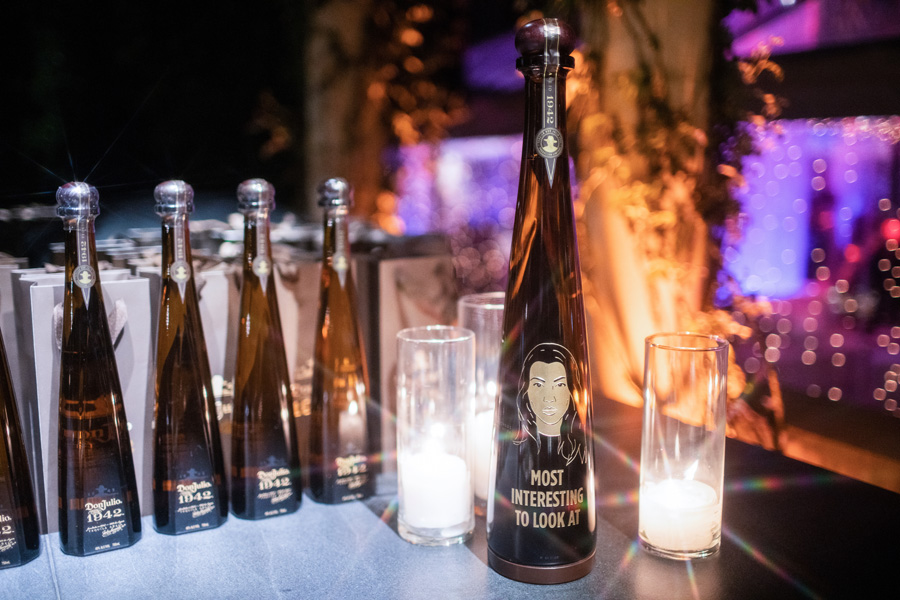 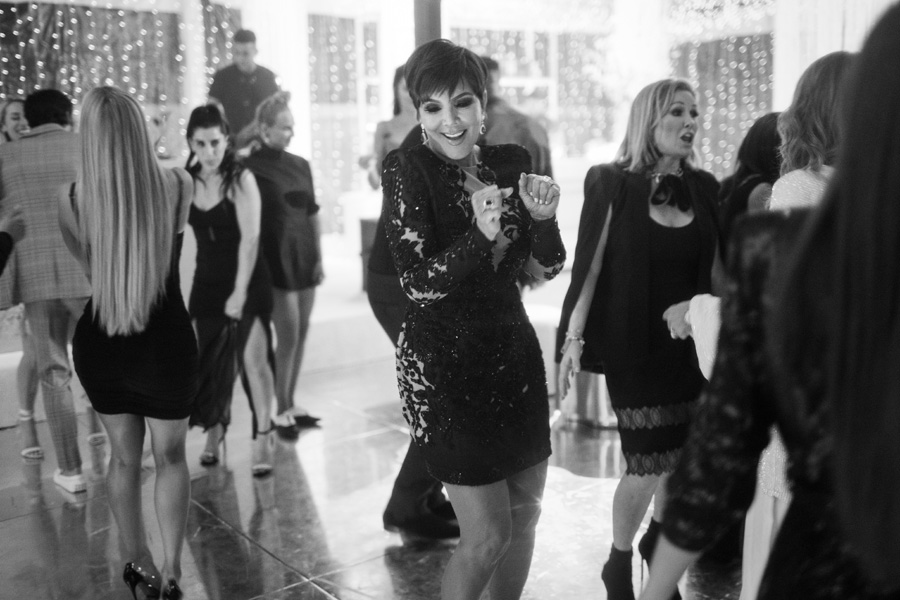 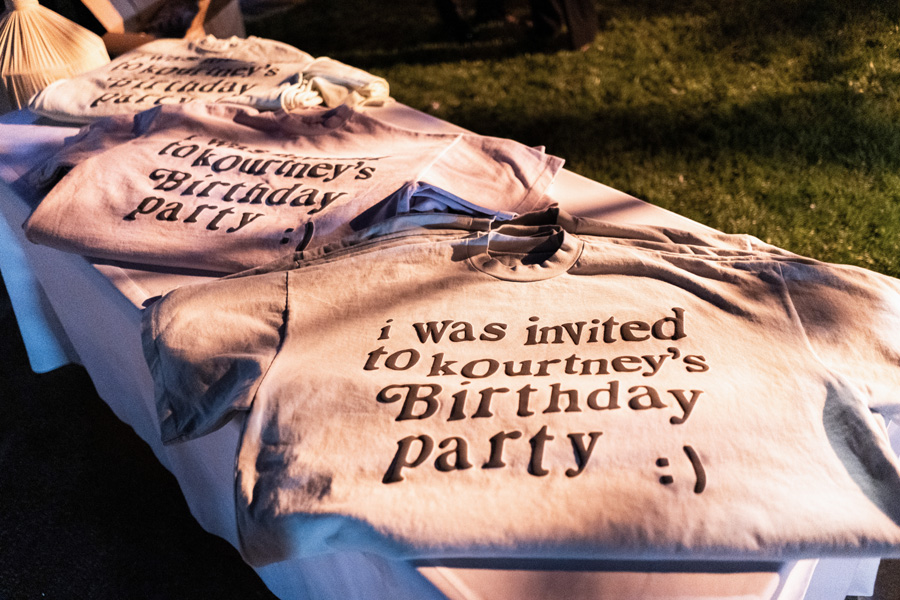 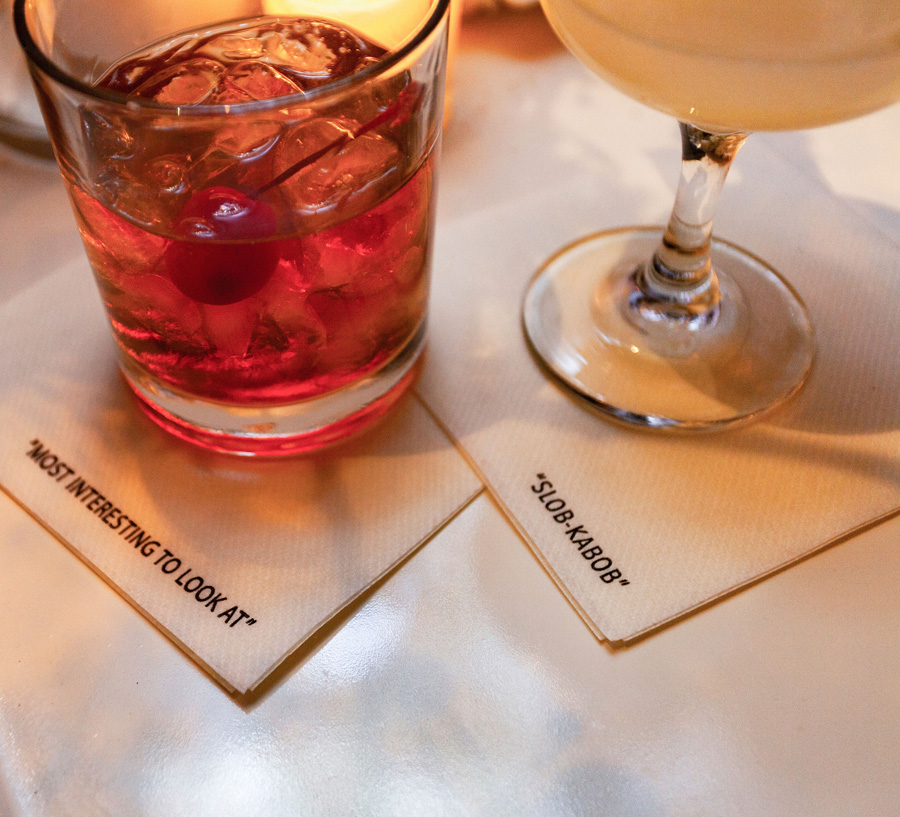 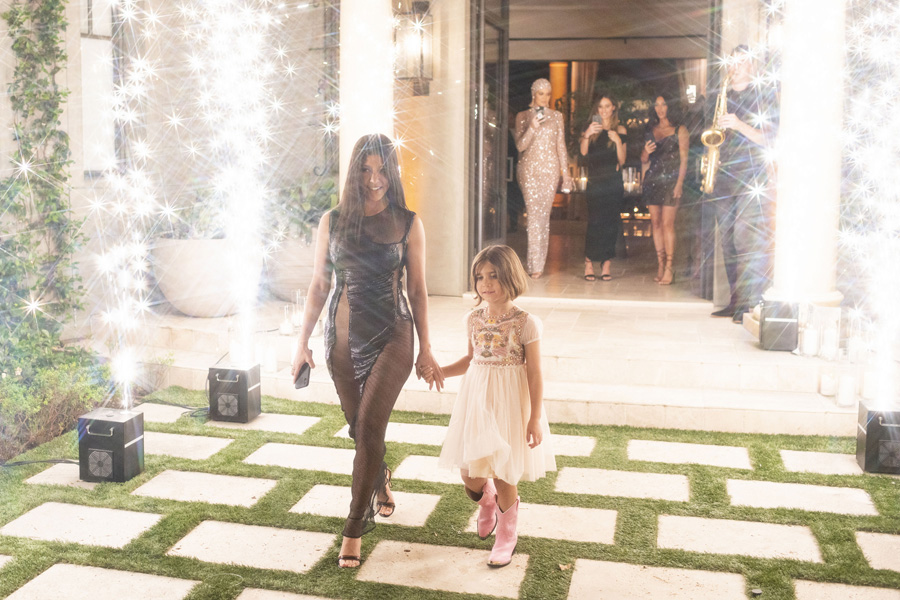 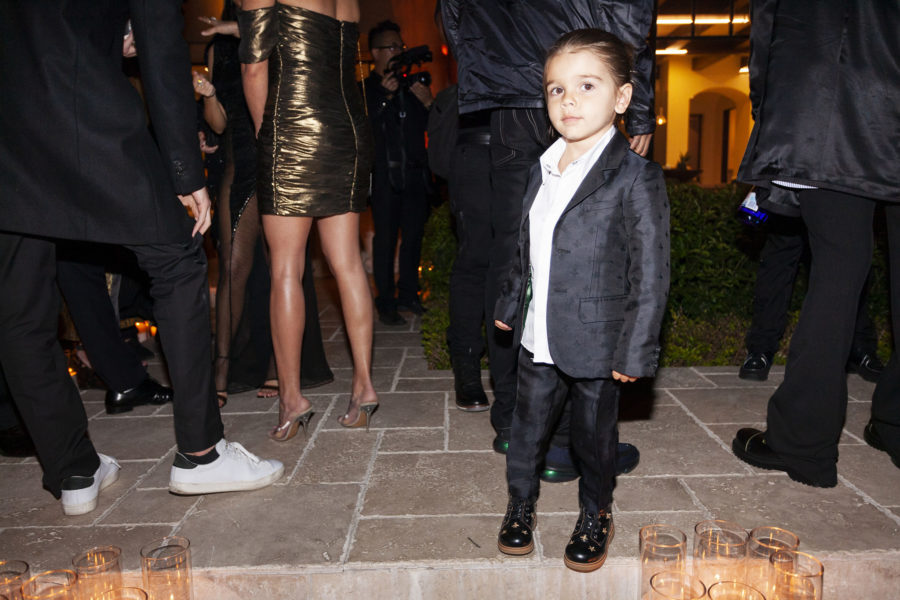 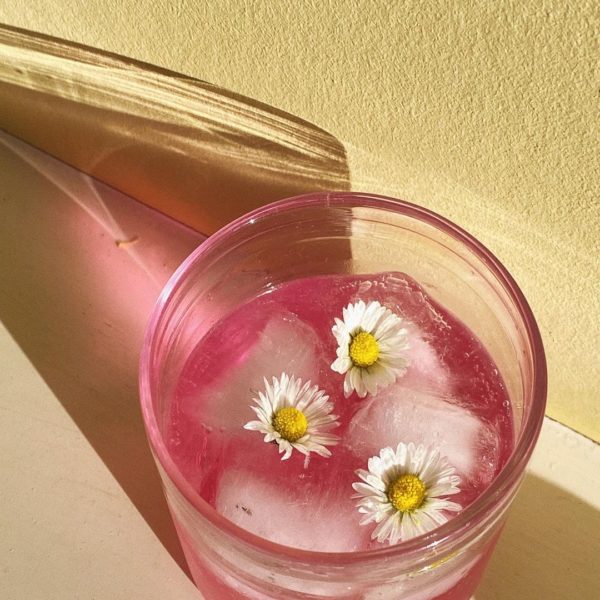 recipes
4 Fancy Cocktails That Are Actually Easy to Make 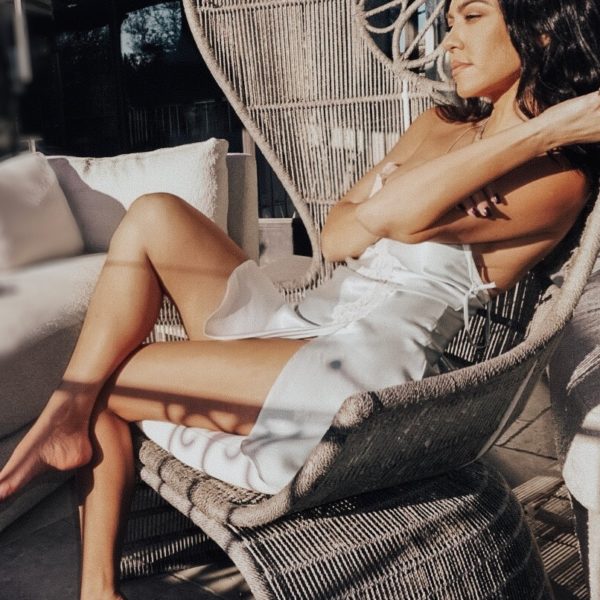 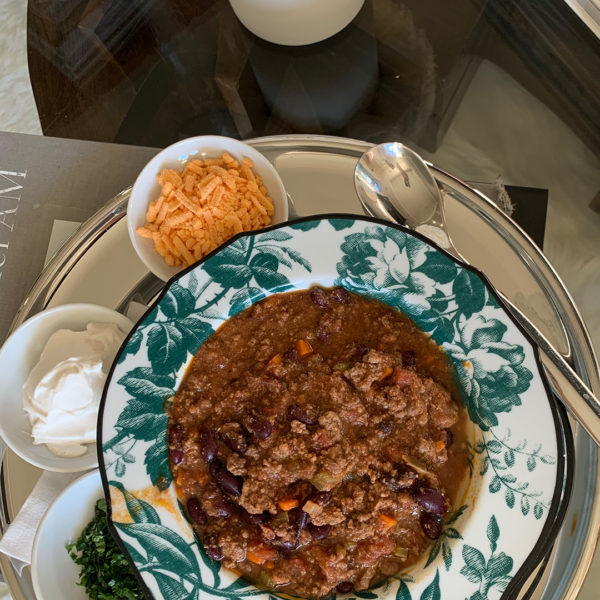 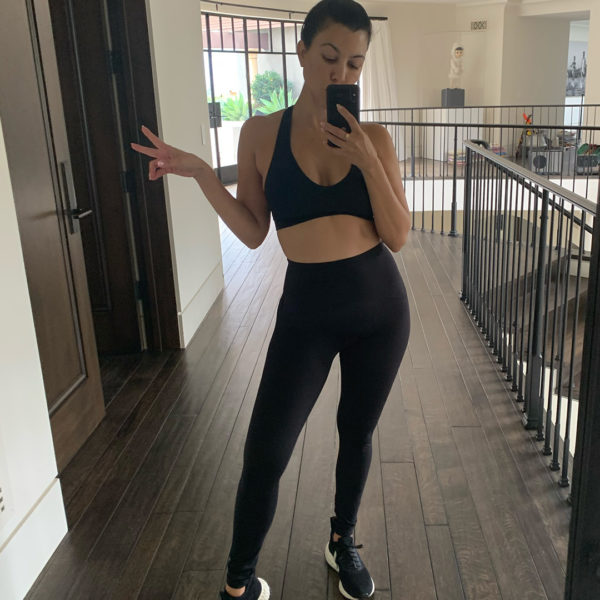 kourtney
What Kourt Keeps in Her Workout Basket 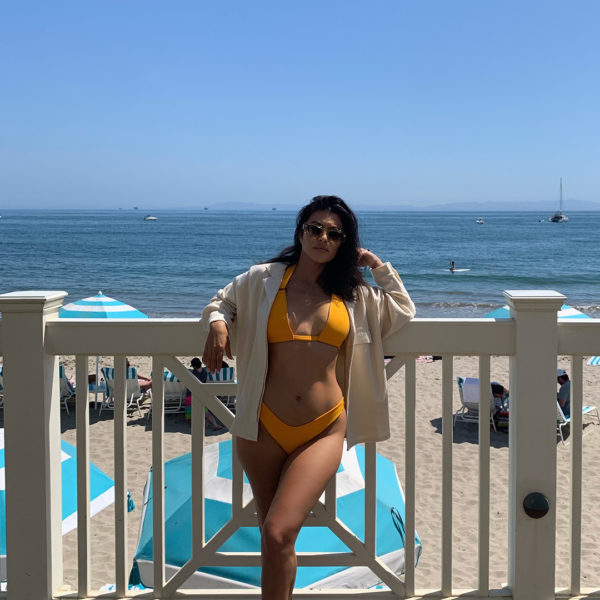 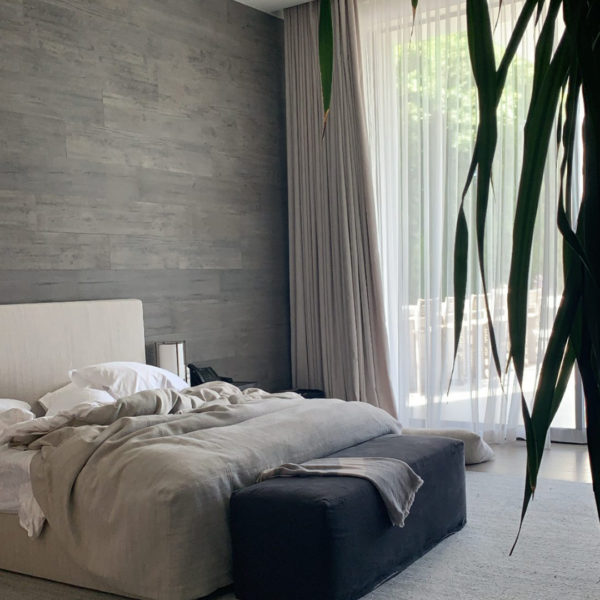 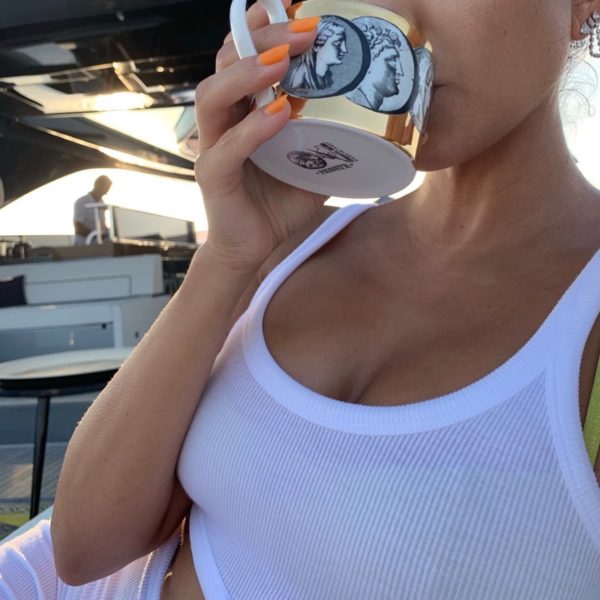 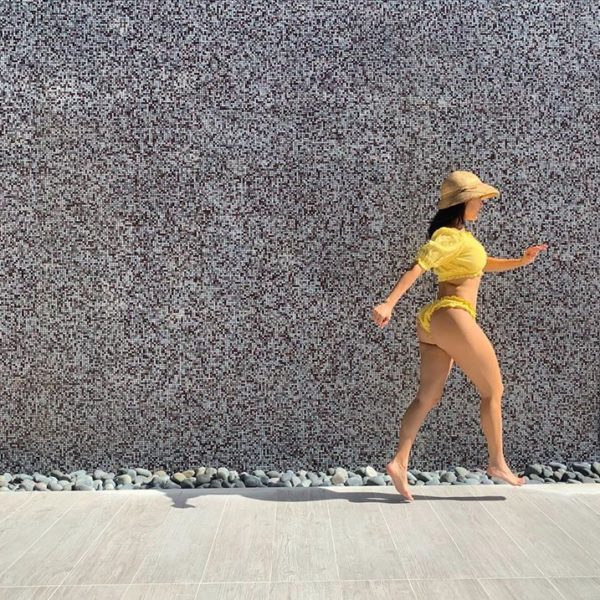 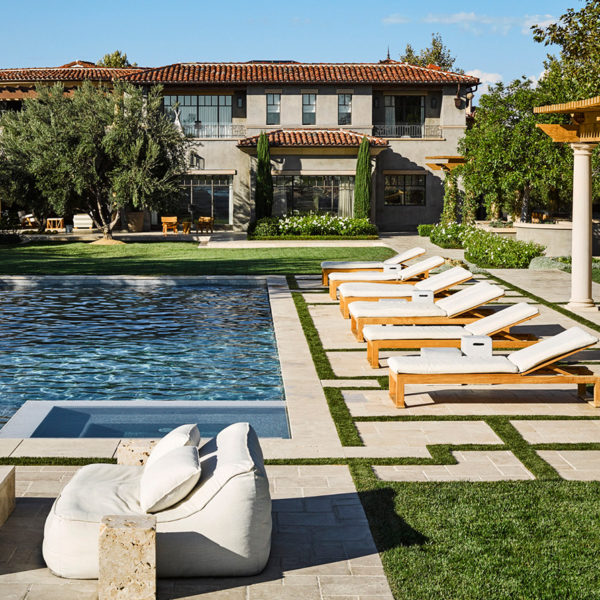 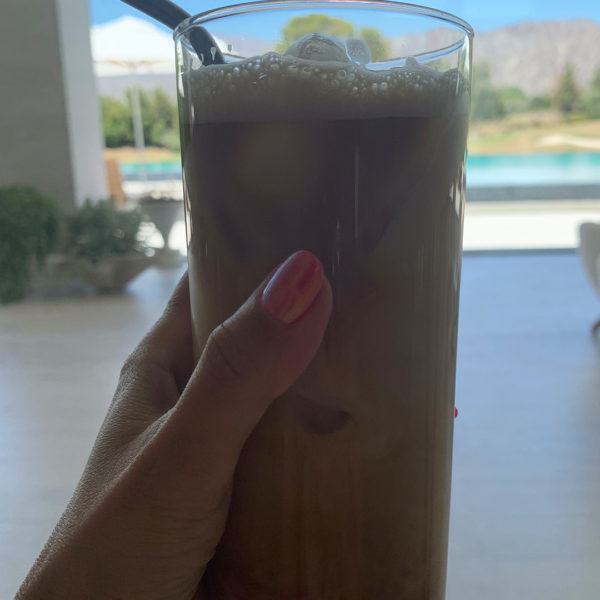